Little miss watermelon getting ready for her first time in a swimming pool! 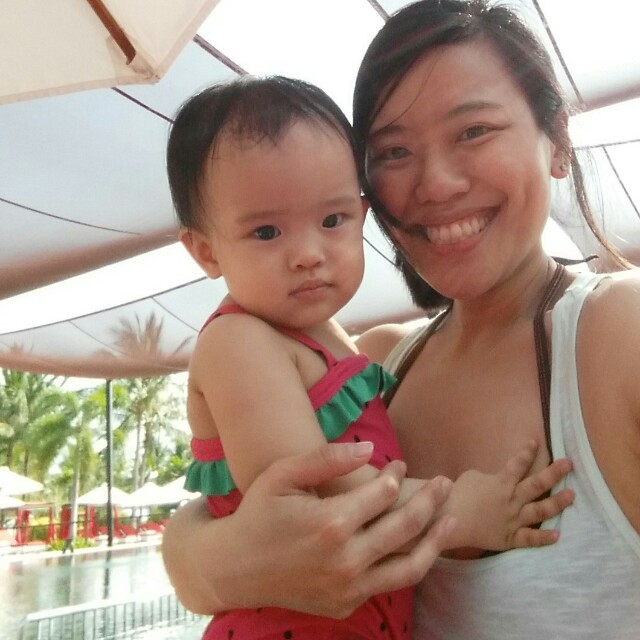 While we were getting ready at the poolside, she was already pointing at the pool. 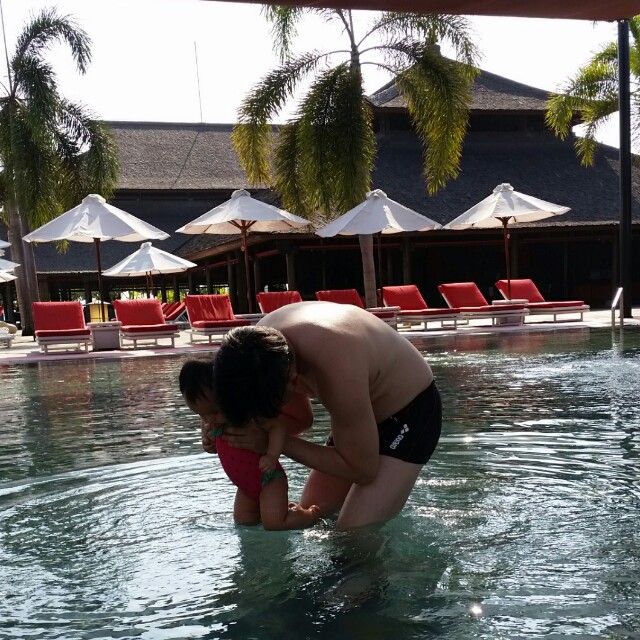 Daddy brought her into the pool to test water (pun, pun!).. 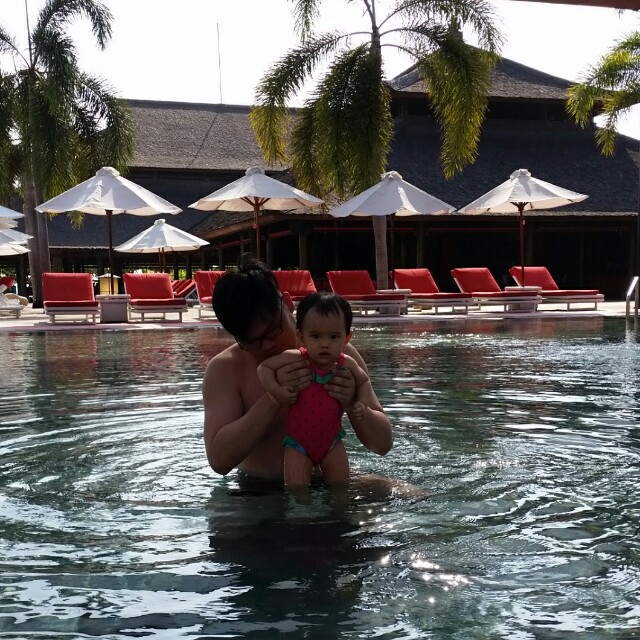 Ooh what is this?

Hehehe she loves it!

Little miss watermelon was so, so delighted throughout the swim!
She was splashing and kicking around, chuckling and laughing out loud.
Both the hubs and I were pleasantly surprised to see how happy she was, splashing water on us and getting splashed water by us.
And she kept flashing her megawatt toothy grin.😍

This made all the drama yesterday worth it.

I love this family wefie of us!

The hubs managed to rock her to sleep while I showered.
He tried to put her down on the bed thrice but she ended up crying.
Yet fell asleep almost immediately when he carried her again.

I took over from him since he was all sweaty. Tried putting her down on the bed a few times but nah, cannot.

I haven't been a human mattress for a long time! Guess she misses her sarong.

We gave up trying to put her down onto the bed.
The hubs said..

All lights are out, all of us are exhausted.
Had a hard time making little boss sleep. She was clearly tired but was tossing and turning and flipping around, standing up, sitting down.. and I was the human mattress again.
Took two attempts before I successfully put her on the bed.

Anyway after lunch we brought her back to the room where I human-mattressed her to sleep.
Brought her to the beach after she woke up. She didn't like the sand and refused to stand on it! 😅
And then we had the most hilarious time trying to shower her. By hilarious I mean it's so ridiculous it's funny.

I had a bit of me time after dinner to go to the spa for a massage I pre-booked. Hubs going tomorrow!

They asked me if I had any areas I wanted them to focus on.
I started saying, oh shoulders.
And added: and neck too.
"Oh and back too."
"And my hands too."
😂
So that means everything.

Ok I better sleep before I type anymore nonsense.