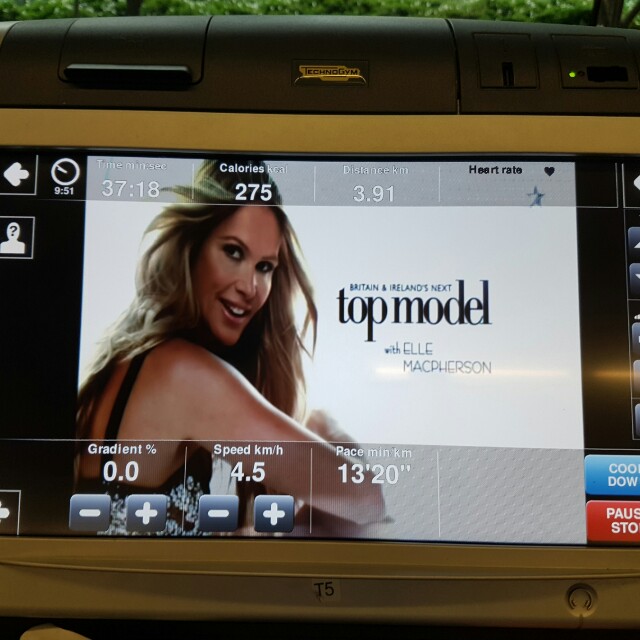 Cooling down after a pretty good run.

Not bad, considering I haven't ran or exercised for nearly a month.. or maybe 3.5 weeks.

If only the process is as enjoyable as seeing the aftermath glow on the face, I'll run everyday. Ha.

So today's the annual promotion day in Clarissa's school where she'd be assigned to a new class, new classroom and new teachers.

Our helper asked me in the morning where the new shoe cabinet and registration book would be and I told her I would call her once I found out after dropping Clarissa off.

Her new class is called Wright.
I think the theme for the new year is inventors or something.

Hahaha I spelt it out for her twice before she understood what I was trying to say.

What a funny name for a class!

Can't imagine how her Teacher would address the class.

"Is this right?" (But what if this is Wright but the answer is wrong?)

Hahahahaha am I thinking too much.

So the hubs and I were talking about my work from home days this week.

He told me he has been trying his best to correct his dad whenever his dad asks him which day(s) I'm "not working".

Hahaha to him, as long as I am at home, I'm not working.

Even though we keep trying to tell him I'm working from home. Or that I would be at home but working.

Not that it matters, I just find it funny.

Same with what my FIL and my mom think I do for a living.

I have tried to explain, but did not try too hard because it's complicated. .

So I simply tell them I do consumer research, like 市场调查/分析.

Which my FIL understands to be "market analysis".

Because he has asked me on more than one occasion, how the economy is doing and what I think it'd be like the next year. 😅

I have tried once to tell him "我不是做这个的" but he continued asking me what I've found out from my research. 😂

The hubs told me I should have just told him, "我是调查洗发水的! 洗发水!"

As for my mom, I think she thinks 我是坐飞机的. 😅

Aiyah so hard to explain.

I'm just happy my FIL is not unhappy about my job and frequent traveling. 😁

Home to my little boss.

I asked her if she was naughty or nice today.

She said, loud and clear and sure. 😂

I confirmed with our helper and she said yes, naughty. 😂😂

I asked her to make a naughty face.